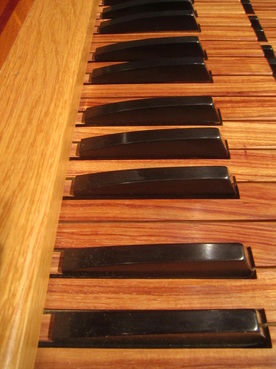 Our Midday Music Series called 'Third Wednesday at Noon'is back! Our first recital will be November 16th, details below. This series features 30 minute recitals by some of the area's best known keyboard artists.
If you have any questions concerning Music in Mclean, please contact Jennifer Cho at admin@newyorkoperasociety.com!
2022-23 Season Events Listed Below:
Third Wednesday Organ Recitals
Wednesday, November 16, 2022
12:00 Noon in the Church
​with Guest Organist, Russell Weismann
Russell Weismann is currently the Director of Music and Organist at Georgetown University. His past professional experience include serving as Director of Music and Liturgy at St. Jane Frances de Chantal Parish in Bethesda, Maryland, Associate Director of Music at the Basilica of the National Shrine of the Immaculate Conception, University Chapel Organist at Yale University, and Associate Music Director at Saint Paul Cathedral in Pittsburgh.

Equally accomplished as both organist and scholar, his achievements in performance and academic spheres have earned him international acclaim among audiences and intellectuals alike. As an organist, Russell has performed recitals across the United States, as well as in Europe, Central America, Asia, and Africa.